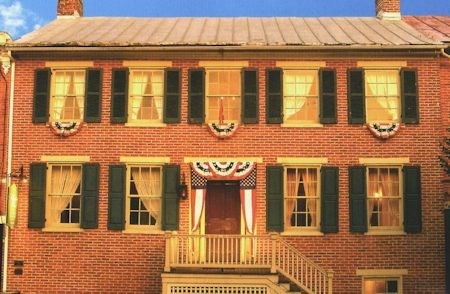 Volumes have been written about the military aspects of the Battle of Gettysburg. Far less, however, about the 2400 citizens who found themselves in the middle of one of the most historic battles ever fought on American soil. What happened is more than a story of military maneuvers; it is also the story of the citizens of Gettysburg - the civilians - people like George and Hettie Shriver and their two daughters, Sadie and Mollie, whose lives were changed forever as a result of the events that occurred on the rolling hills of Gettysburg, Pennsylvania, in 1863.

Meticulously restored to its 1860s appearance, step back in time to visualize what life was like in mid-19th century, south-central Pennsylvania to gain a better understanding of how the battle affected the families who called Gettysburg 'home'. 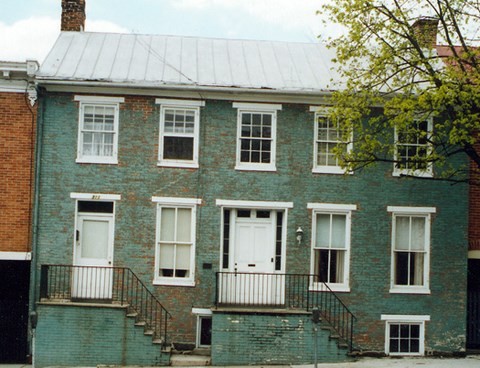 The home of George and Hettie Shriver was selected to be used as a backdrop to tell these stories. Before the restoration, the Shrivers’ home, which had been abandoned for nearly thirty years, had missing window panes, no electricity, no water, no heat and a serious leak in the roof. Their home has been altered very little since it was built just months before the Civil War began.

Two major changes, fortunately, did not affect that portion of the home occupied by the Shriver family. In the early 1900s, two additions were added to the rear of the house. Although this was an unfortunate alteration it presented one small bit of luck. These additions were built to accommodate indoor plumbing. Modern kitchens and bathrooms, therefore, were never placed within the original Shrivers' home. Thus, the house appears much the way it did in 1863.

Restoring the Shrivers' home began in January, 1996. Aside from learning more about the Shriver family, countless treasures were found within the house during the restoration - inside walls, underneath fireplace hearths, and under floorboards. In addition to miscellaneous household items, children's toys, corset stays, letters and pictures, these finds include Civil War Medical supplies, live Civil War ammunition, and a child's shoe believed to belong to Sadie or Mollie Shriver.

Although much has been accomplished in bringing the Shrivers' home back to its original appearance, it remains, nonetheless, a restoration in progress. George and Hettie's home has been restored privately; no funds are received from any foundations or government agencies for its preservation. Entrance fees paid by visitors to tour the Shriver House Museum and proceeds from museum shop sales help to preserve, operate and continue to improve this unique part of our heritage.